PI 2000 acts as a one single partner in the field of infrastructure for the construction of airports, railways, bridges and tunnels, in Italy and in the world.

PI 2000 acts as general contractor in the construction of airport infrastructures intervening from the design phase until the delivery of the finished work in full respect of expected time and budget.

The construction of airports identifies the major scale kind of projects where P.I. 2000 acquired an important know-how and is therefore able to efficiently organize all the resources needed to implement, involving a prepared team and a cutting-edge fleet of vehicles.

The company, in addition to the construction of new airport infrastructure, is also involved in the adaptation and modernization of existing runways, including paving consolidation. 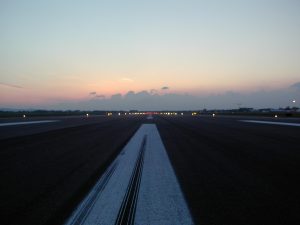 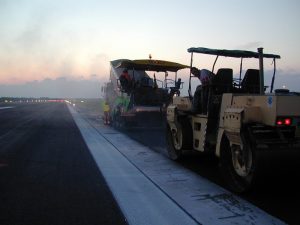 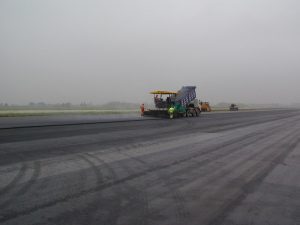 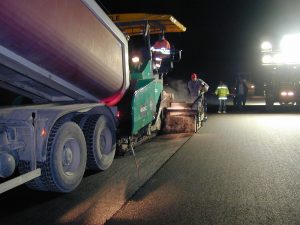 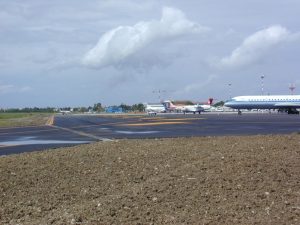 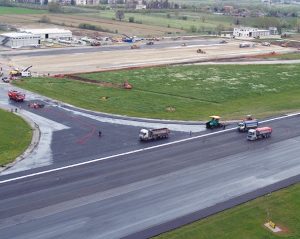 The realization of the pavement of an airport runway involves the use of the best concrete compounds, reduced processing times and large areas to be completed.

The material must in fact withstand strong friction and at the same time give the maximum grip, must resist to thermal shock and to huge weights.

PI 2000 is able to realize in its concrete mixing plant the best and most appropriate mixtures of products, then performing the laying of the paving with the aid of an exclusive machinery, unique in the industry.

P.I. 2000 has an exclusive machinery that allows to realize large concrete surfaces in short times: the “slip-form” paver.

The Slipform Paver realizes concrete plates, while maintaining the characteristics of the concrete used. Its size makes it possible to realize streaks of more than 750 cm wide, 45 cm thick and as long as necessary.

The use of this machinery is, however, suitable for yards, car parks, roads and docks, using different components in each case, while maintaining its high quality. 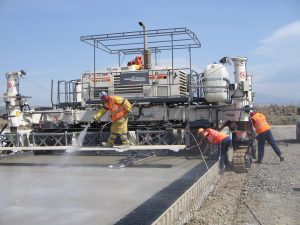 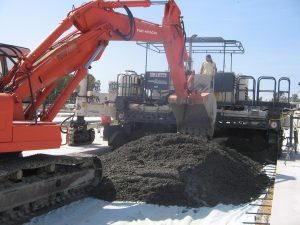 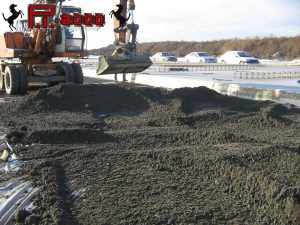 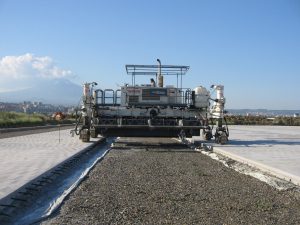 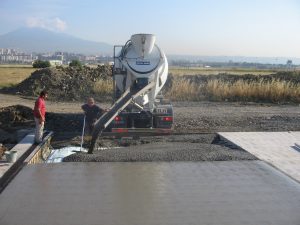 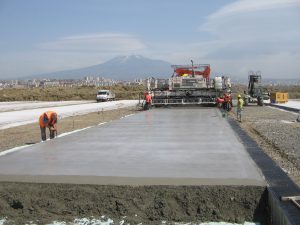 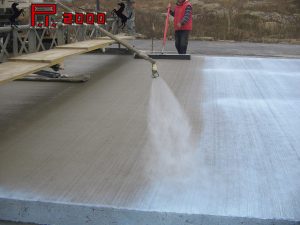 PI 2000, according to the project specifications, will take care of the eventual demolition of the existing runway, the preparation of substrates, the system of waters collection, and the drawing of the electrical installations and runway lighting.

This site uses advertising cookies in order to provide to you a better navigation experience and offers. By not leaving this site you agree with this policy. For further imformation visit this page.OkLeggi di più